Home » The Goals of Yoga and Meditation 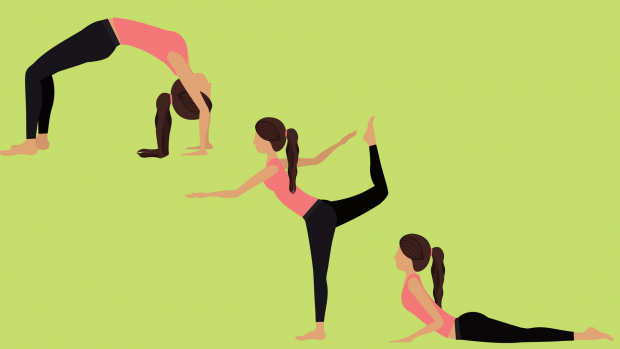 The Goals of Yoga and Meditation

The goals of yoga are many. These range from stilling the mind and gaining insight to resting in detached awareness, and ultimately, liberation from duhkha and samsara. They can also include attaining unity with the divine or Self. The ultimate goal of any yoga practice varies based on the philosophical or theological system it is rooted in. One of the most common and most sought after goals of any yoga practice is samadhi, or pure awareness.

During a yoga practice, the practitioner is encouraged to slow down their breath and concentrate on the present moment. This helps shift the body’s balance from the sympathetic to parasympathetic nervous systems. These systems are more restorative and calming, and cause our breathing to slow down and our blood pressure to decrease. It’s this relaxation response that makes yoga so beneficial for the body. Moreover, it prevents illness and can help you overcome stress.

Yoga is an experiential reality, meaning that it entails a transformation in one’s life. As a verb, yoga is a stepping stone toward the ultimate goal. In other words, it helps the practitioner experience life more deeply, allowing them to experience the fullness of the experience. The meditative state of Yoga requires a person to set aside any ideas and become present to the present. These ideas can interfere with yoga and prevent you from realizing its full potential.

It is important to remember that yoga is a verb. It brings the individual manifestations of life into their ultimate reality, which is the most profound of all. This is because these are simply surface bubbles in the process of creation. Mango tree and coconut tree popped up from the same earth as the human body. These two things are not separate and are one and the same. The ultimate goal of Yoga is to bring the individual manifestations of life to the ultimate reality.

While yoga may not be the only reason to meditate, it does help us learn how to meditate. The word itself is a verb, and it is a way to change your life by learning to be more present. By doing this, you can improve your concentration, your focus, and your overall well-being. A meditation session is an excellent way to improve your quality of life. If you want to find the right balance in your yoga practice, then it is necessary to learn to be present.

The term yoga is derived from the word yogya. This is an old Aryan word. Later on, it appears in Sanskrit literature. Its use suggests that Yoga was used to control the senses, which were considered like uncontrollable horses. The metaphor of stretching a bow also suggests that the term translates to a verb. This is the same as a noun. The difference is that a noun is a noun and a verb is a noun.

When you practice yoga, you will experience an awakening to a higher self. In this state, the boundaries of the mind dissolve. Everything is seen in pristine purity. Afterwards, you will be enveloped in radiant bliss. The underlying principle of yoga is to experience reality in its purest form. Often, this means learning to live in the present moment. And the best way to do that is to practice it. You will be more aware of it, and more in tune with it.

What is the difference between a noun and a verb? For starters, a noun is a word that conveys a specific meaning, while a verb is a noun means a person is an object. A noun is the opposite of a noun. It is a physical object. It is a concept that describes a person. And a noun is a term that implies a thing.